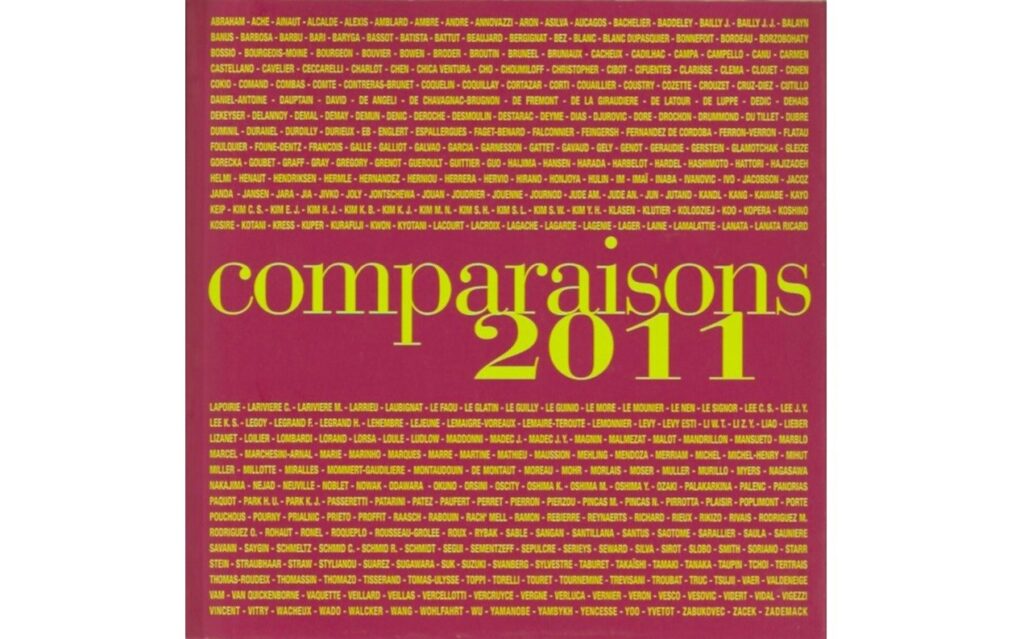 The Salon Comparaisons was born in 1956 while a fierce opposition between figuration and abstraction was creating sterile tensions. To remedy to that intolerance and from its first edition, Comparaisons organisation was based on tendances : each one of them was represented in a group. And the confrontation became peacefull, fraternal even.

From the long list of artists who exhibited at Comparaisons, only a few of them were famous when they first participate. But everyone of them contributed to the fair’s notoriety – sometimes in a masterly way. Today, they are famous, admired, and their works sought-after by collectors. They all have a special place for Comparaisons’ universe.

Comparaisons remained faithful to its pretigious past. These references serve as a stallion to the committee, in the choice of artists to invite and sensibilities to put forward.