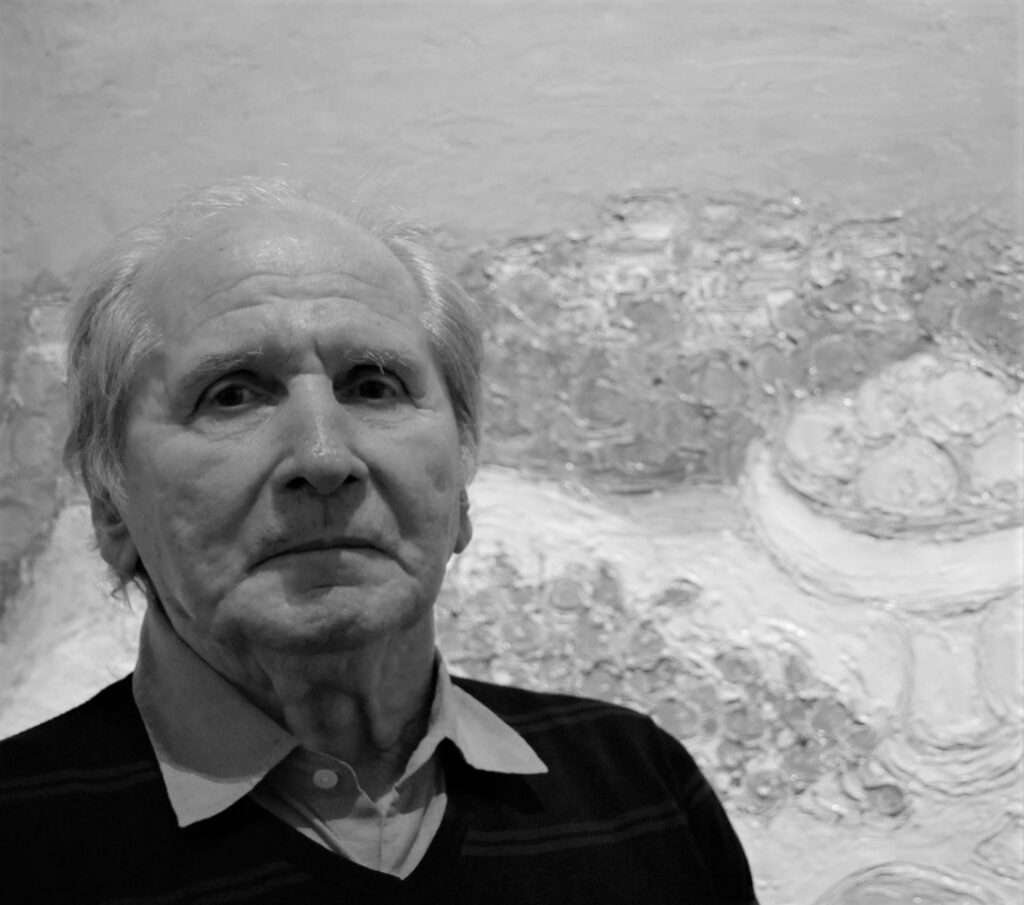 André Cottavoz was born on 1922 in Saint Marcellin in Isère. Passionate about painting from his childhood, in 1939, he was admitted to the Ecole des Beaux-Arts in Lyon. Forced to the STO in 1942, he was sent to Austria where he continued to paint but his paintings were destroyed.

In 1945, he participated in numerous exhibitions that followed in France and abroad: Geneva, Milan, Basel, Turin, Amsterdam, Caracas, Tokyo. An exhibition takes place in 1946 at the Salon de la Jeune Peinture in Paris. He received the scholarship of the national prize of painting in 1949 and founded a year later “the New Figuration of the School of Lyon” or “Sanzism”, with his friends Fusaro, Truphémus, Philibert-Charrin whom he met during his studies.

In 1952, he presented his paintings at the Art Vivant gallery and entered the Paris galleries. A friendship is born between Cottavoz and Raymond Cogniat, journalist and director of the newspaper Art, and George Besson, art critic. He is associated with the painters Garbell, Lanskoy, Saboureau and Tereskovitch.

In 1953, the winner of the First Prize Félix Fénéon is awarded, four years later he met Kiyoshi Tamenaga, who made him known in Japan. In 1962, he moved permanently to Vallauris where he met Picasso, Pignon, Chagall … He sympathizes with ceramist Roger Collet and offers him to create pieces. From 1964 to 2005, he produced many lithographs, engravings at the Baviera workshop in Nice and ceramics for the United States and Japan. In 1984, the Tamenaga Gallery, Paris welcomes his works permanently.

André Cottavoz exhibits in prestigious locations such as the Palais de l’Europe, the Tokyo Silver Tower, the Galerie Longchamps, the Château de Vascoeuil, the Château de Hauterives, the Grand Magasin Printemps, the Musée de Menton, the Magnelli Museum and in the Taménaga galleries of Osaka, Tokyo and Paris.