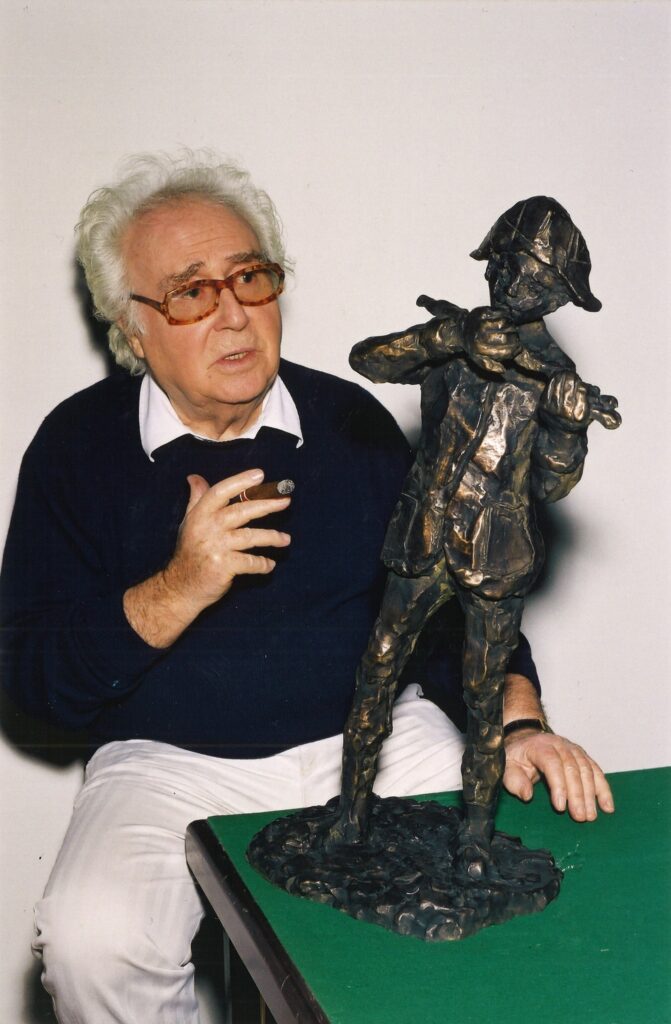 Son of a Basque origin sculptor, who had opened a flea market in the popular district of Montparnasse and was close to Modigliani, Paul Aïzpiri belongs to this generation of artists who wrote one of the most beautiful pages of French painting.

After studying at Ecole Boulle and working at the National Workshops, he entered the National School of Fine Arts in 1936. From 1943, he exhibited in Paris. Marked by the difficulties of daily life in the post-war period, his first paintings show dark colors and patterns surrounded by thick blacks. In 1951, he won the National Prize and represented France at the Venice Biennale. Aïzpiri becomes a major figure of the School of Paris and Montparnasse.

The first thinning appeared in 1954, when the art dealer Paul Pétridès was seduced by the work of Aïzpiri and exhibited in his gallery, alongside Foujita. Success is immediate. Aïzpiri then meets the great artists of the time: Foujita, Soutine, Van Dongen, Utrillo, Caesar and many others.

A decisive change occurred when he met Pablo Picasso, alongside whom he was exhibited in 1957 at the exhibition “Ecole de Paris”, organized by Galerie Charpentier. By receiving him in his studio on Rue La Boétie, Picasso advised Aïzpiri to simplify the forms, to lighten his palette and make the colors more vivid. He concludes: “Some prefer the violin. Well, it’s the wild drum! As soon as Aizpiri begins to use the bright colors and simplified designs that will make his success.

The third meeting definitely opens the way to success. In 1970, the young art dealer Kiyoshi Taménaga offered him a contract. Thanks to the freedom and support he just met, Aïzpiri will paint his best paintings. In a 2008 interview, he explains: “At this moment, I am freeing myself even more. It’s my graphics that wins. These are my images. I create them myself, in a moment of combat, in a moment of exaltation or a moment of love. “

Aïzpiri’s painting is both naive and profound, whimsical and figurative. Between Expressionism, Fauvism and Cubism, she has evolved constantly. Aïzpiri celebrates Paris, the Basque Country and Saint-Tropez, but also childhood, women and poetry. Sometimes evoking images of Epinal, her canvases depict cities with flounces, dancing landscapes, joyful characters, often inspired by the Commedia dell’Arte and bouquets of flowers reminiscent of collages of paper cut. All are treated with power, but also with an optimism and an overflowing humor.

Aïzpiri’s works are conserved in the best public and private collections in the world: notably in France, throughout Europe, as well as in the United States (Heerlen Museum, The Netherlands, Musée de Verviers, Belgium; Museum of Fine Arts of the City of Paris, France, Museum of Yamagata, Japan …). In 2014, a very prestigious collection was created in Azerbaijan. In Asia, Japan is home to the most important collections: founded in 1996 in Onomichi, the Aïzpiri Museum is entirely devoted to his work. To this day, this tribute has been rendered, during their lifetime, only to two French artists: Paul Aïzpiri and Bernard Buffet.