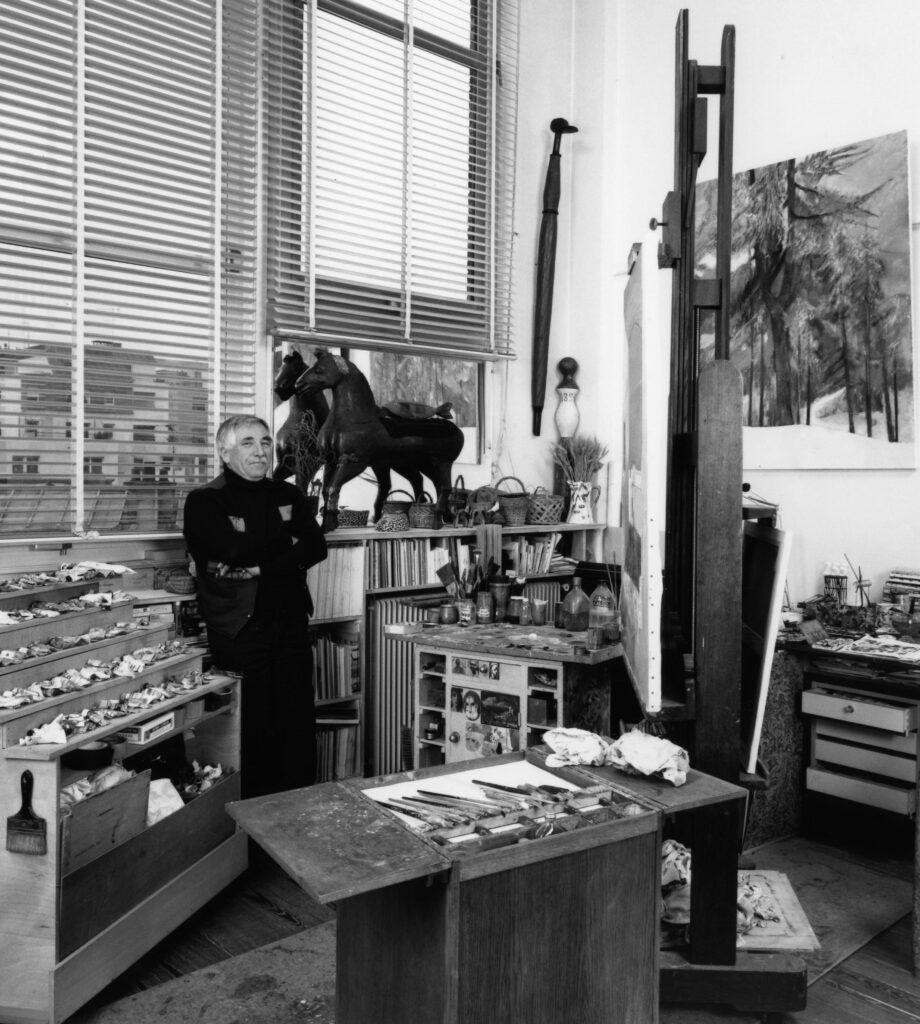 Guy Bardone was born in St. Cloude in the Jura region of France, 1927. He entered L’Ecole des Arts Decoratifs in 1945 to begin his artistic training. At this institution, he studied under the renowned figure and landscape painter Maurice Brianchon, who was a pupil of Pierre Bonnard.

From 1952 onwards, Bardone first exhibited his paintings at Le Salon de la Nationale d’Automne and at Le Salon des Jeunes Peintres. He then had many solo exhibitions in Paris, Poitiers, Grenoble, London, and New York. He also took part in the Biennale de Paris in 1959 and 1961. He was awarded with the Fénéon Prize in 1952 and the Greenshelds in 1957.

Bardone primarily painted European landscapes. But he is also known for his still-life and figure paintings. All of his works are characterized by his gentle, warm, atmospheric depictions of the subjects and a sense of tranquility. In 1985 and 2000, his retrospective exhibitions were held at Château de Chenonceau. Bardone’s works are collected by Musée National d’Art Modern and Musée d’Art Modern de la Ville in Paris, as well as other public museums in Bagnols-sur-Céze, Besancon, Poitiers, and Grenoble. He will die at the age of 87 in 2015.