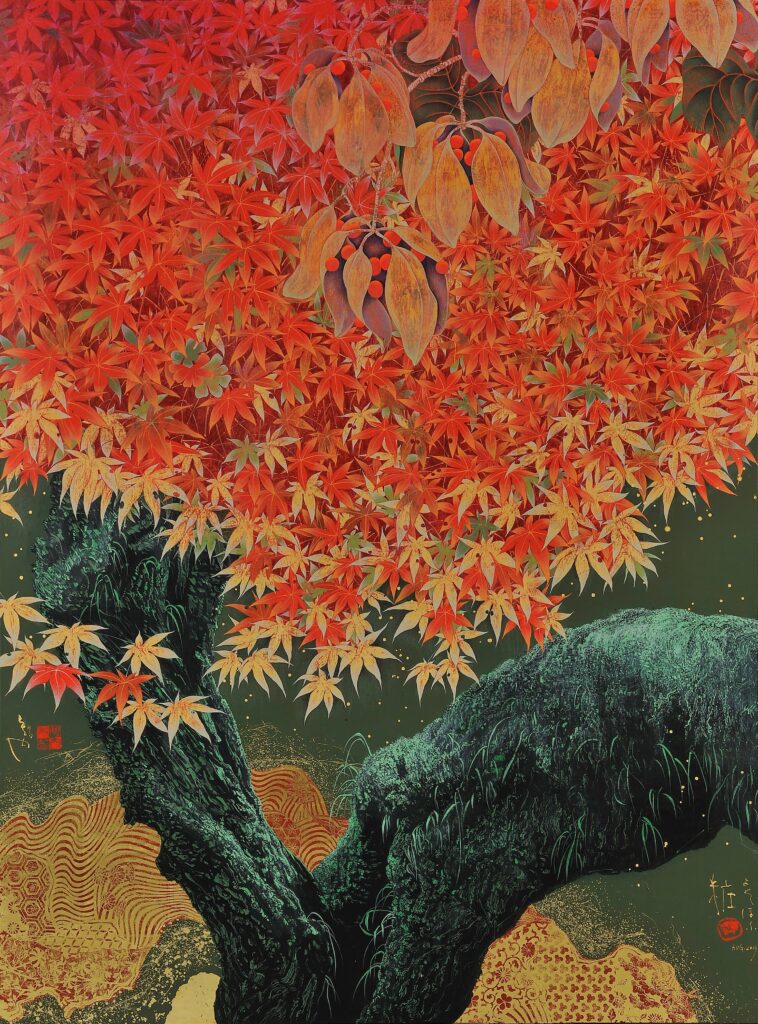 Kyosuke Tchinaï, a renowned Japanese artist, is back at the Galerie Taménaga for the first time since his previous solo exhibition in Paris three years ago.

Tchinaï was born in 1948 in Ehimé prefecture, and since the 1980s, his work has been part of prestigious shows in museums such as the Central Museum of Arts in Tokyo, the Kuma Art Museum, the Nakata Art Museum, the Ehimé Fine Arts Museum, and the National Palace Museum in China. Throughout his career, he won several major awards, such as the Prix d’Excellence at the Japan Young Painters’ Exhibition in 1988 and the Yasui Award in 1991.

From November 14 to December 5 of this year, Galerie Taménaga will present thirty works by the artist. In recent years, he has erased human figures from his works; however, without losing his style. Inspired by the tradition of Ukiyo-e prints of the Edo period, as well as the culture of byōbus, Japanese silk screens with vast landscapes and gold leaf designs, Tchinaï’s art invites the viewers into his fantastical atmosphere. Tchinaï’s painting lures us into the artist’s boundless imagination. Seducing us into the heart of an ideal and serene nature bathed in spirituality emanating from the Japanese animist tradition, in which every element of nature has its own soul. Therefore, in his works, the majestic cranes spin under the moon, the rocks seem to come from a natural movement of the world, and the cherry blossoms struck by light reflects exquisite transparency.

The juxtaposition of Tchinaï’s skilful technique to achieve the realism of nature and his vast cosmic and oneiric imagination gives us unique products of Tchinaï’s divine visions.