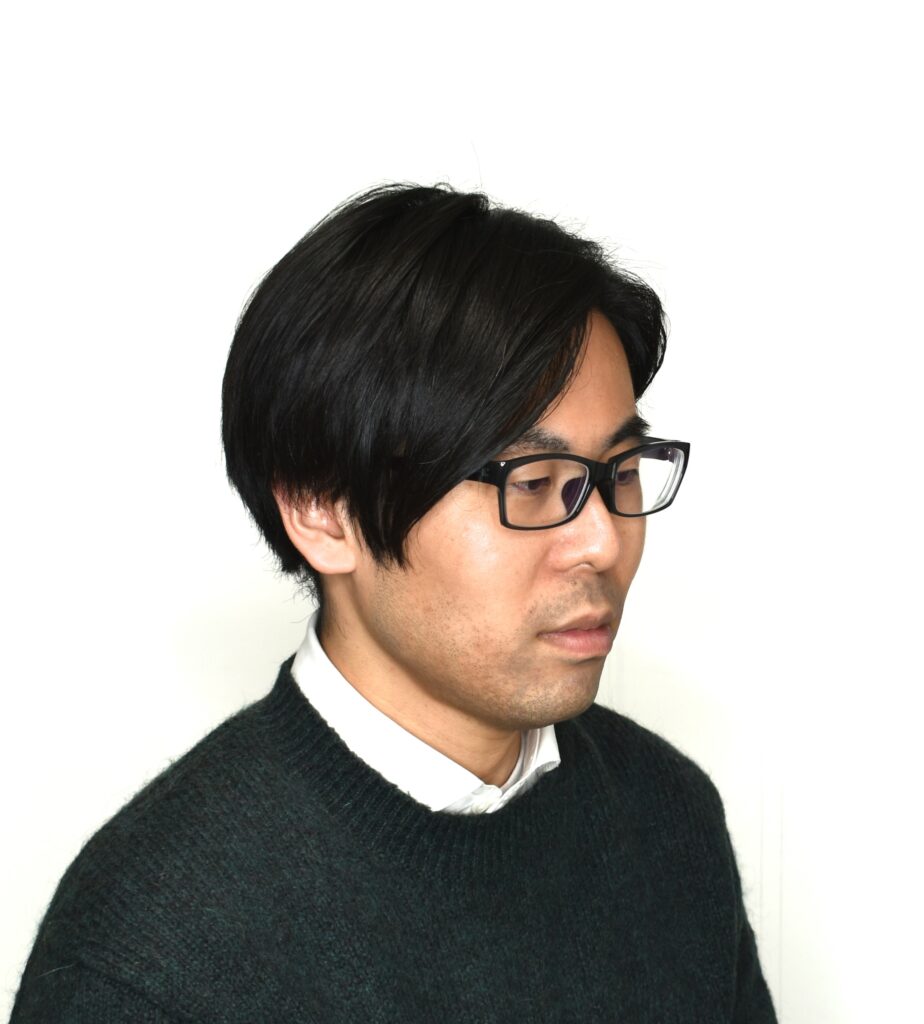 Born in Nara in 1986. Yamamoto majored in oil painting at Hiroshima City University. He uses a traditional Western technique called “trompe-l’œil” and his painting makes the viewer feel the strange illusion as if the motif actually exists there. The mainstream of this technique is to draw a lot of motifs and make it gorgeous. However, Yamamoto reduces the number as much as possible and makes the screen minimal. In his famous work, only one small flower is drawn in a white and large space, and the freshness stands out on a sophisticated also simple screen. Lines and points such as thin threads and small nails, and abstract elements such as patterns are also drawn in to bring order to the screen and give a sense of stability. Under the theme of modern times, he has established a new style of painting that evolves the aesthetic sense of the Japanese and explores further possibilities.