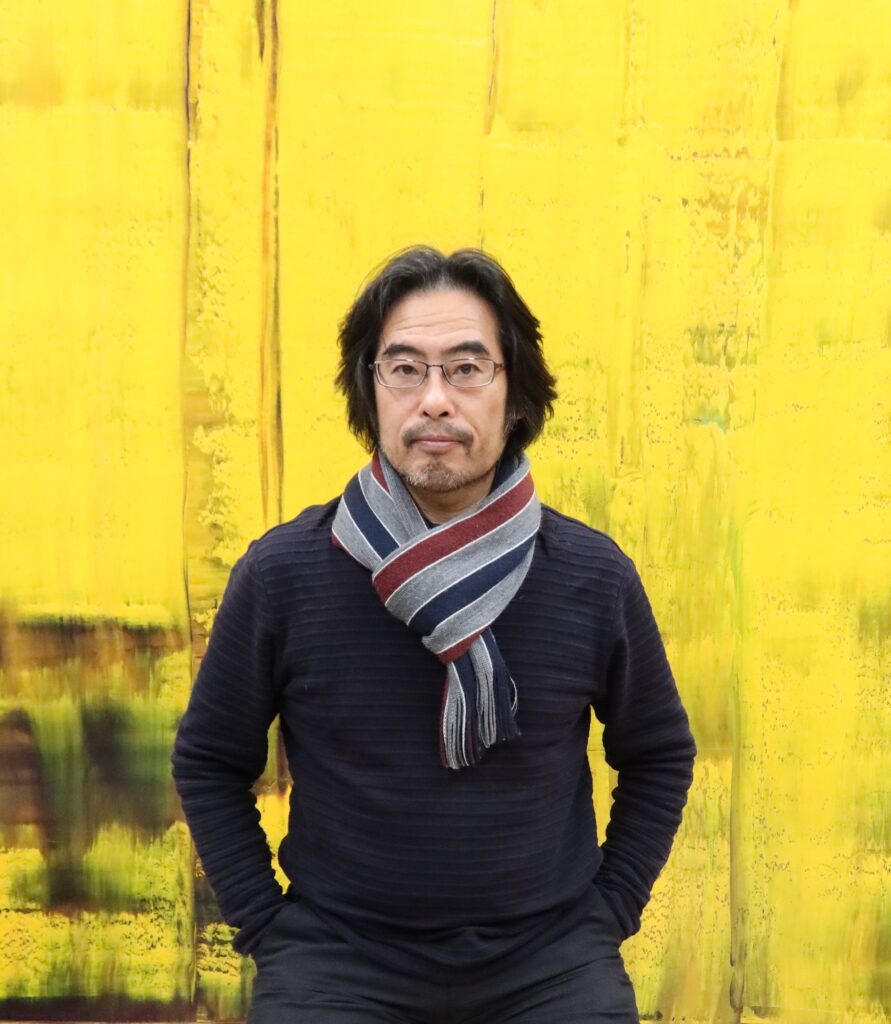 Born in Chiba, Japan, in 1965. Studied at Musashino Art University. While studying there, Tamihito soon began to focus on abstract art, despite a large focus on representational painting by others at the university.
Inspired by the nature that changes from season to season, especially the wind and light, he takes his brush and paints what he sees with his own eyes, creating a poetic visual space. Along with brushes, he also uses trowels, twigs from the Lady Banks’ Rose plant, and other tools to scratch and scrape the canvas after layering it with colors. He also uses painting knives covered in a small amount of paint to sling paint onto the canvas, sprinkling the painting with vivid colors. With these techniques and tools, he recreates what he sees through a variety of lines and deep tones that give life to his own sensitivities.
His 2016 exhibition held in France at Galerie Taménaga was well received. The world awaits his continued success as an artist.