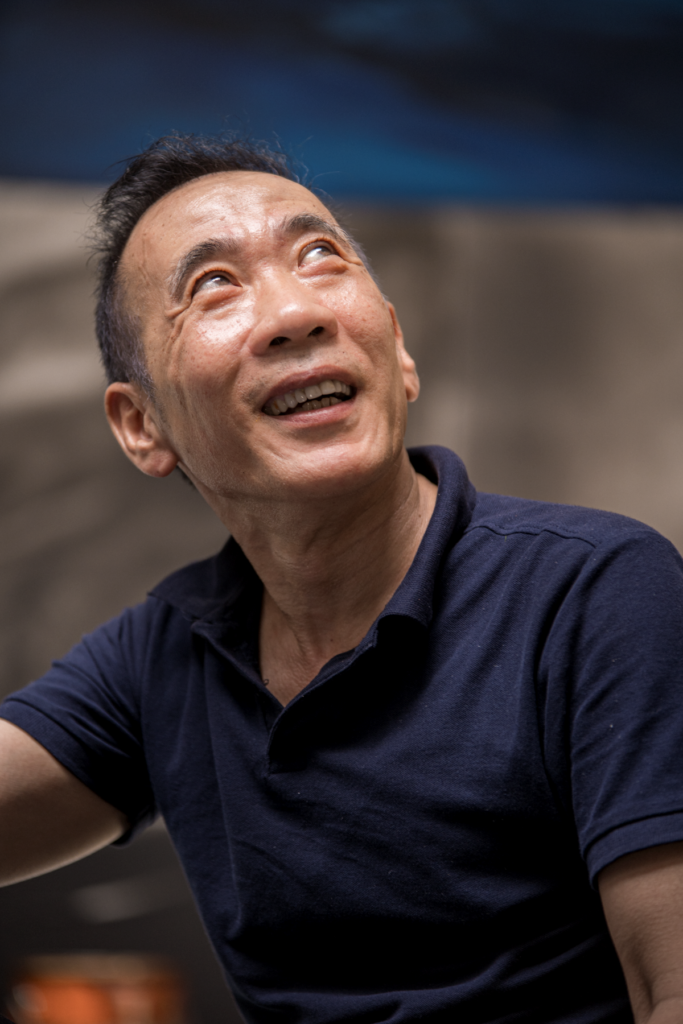 Chen Jiang-Hong was born in 1963 in Tianjin, a large city in northern China. He first studied at the Tianjin School of Fine Arts before entering the highly selective Beijing School of Fine Arts. At the end of his studies, he decided to discover the world and foreign cultures. He was admitted to the Ecole Nationale des Beaux-Arts de Paris in 1987. In 1989, while still a student at the Beaux-Arts, the young artist had his first solo exhibition in a Parisian gallery, where he was noticed by the critics. Chen Jiang-Hong’s career was then launched.

Chen’s work soon reflected his career path, halfway between the two worlds in which he grew up. Moving away from the traditional Asian supports of silk or paper, influenced by the Western heritage, the artist chooses to paint on canvas: either with ink, when it is a raw canvas, or with oil, when it is a coated canvas. The oil, diluted with turpentine, takes on the fluidity of the ink and can be worked to transparency. However, the use of long wolf-hair brushes irrevocably brings Chen Jiang-Hong’s art back into the fold of the Chinese calligraphic tradition. With the particularity of serving as a medium reservoir, they allow the artist to cover a vast surface in a single gesture, that gesture so primordial in the painter’s work.

Belonging to Xieyi painting, literally meaning “writing the idea”, Chen’s art is closely linked to breathing, breath and meditation. The artist lays the canvas flat on the floor of his studio, then applies the soaked brush to the blank surface and, with his whole body driven by his momentum, performs an exalted choreography; the motif then appears on the canvas.

Although he initially worked in a figurative style to which he was able to give an extraordinary dynamic, in recent years the painter has turned to a vibrant abstraction with an explosive lyricism.